This term, children completed different sporting events at school and then they were entered into a national competition.

Year 1/2/3 all competed in learning the dance to Jungle book.

Year 5/6 in an orienteering event.

Although we had some very high scores in these events, we didn't have any national winners. However a lot of fun was had along the way! 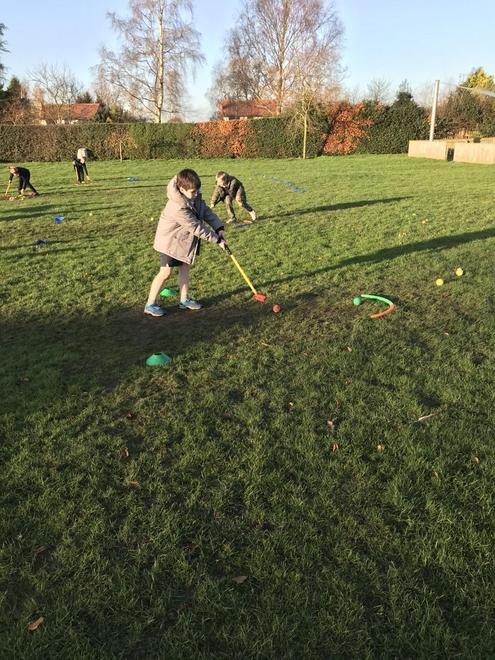 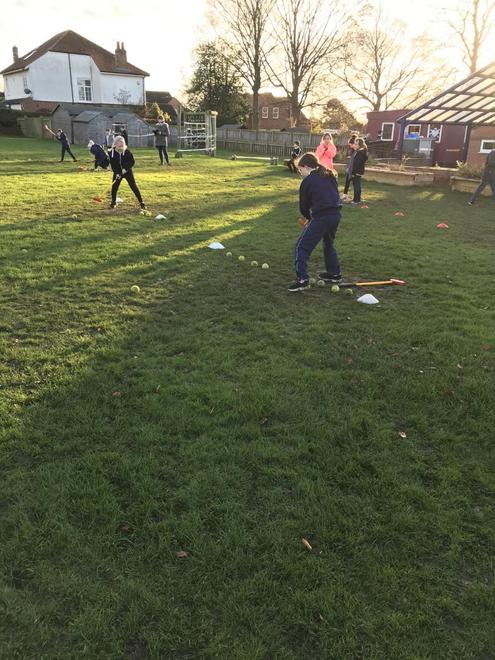 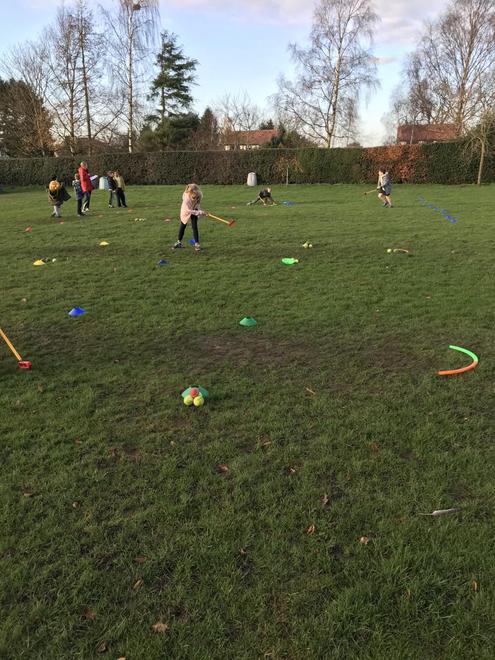 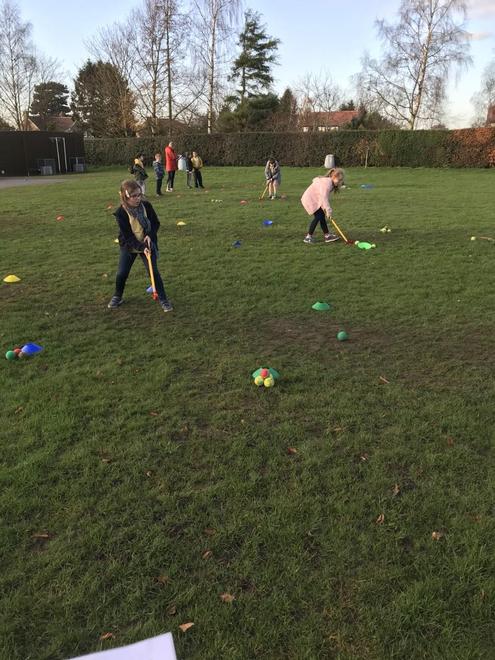 This week all the Year 2 children attended a Multi Skills event held at the Secondary school. The event was organised by Miss Robson, who works in partnership with our Cluster schools and each activity was organised by Young Sports Leaders. The children were split into six teams, and mixed with children from Sherriff Hutton and Sutton On Forest.

Dinosaur Eggs - this required speed - the children had to run into the middle and take a tennis ball (dinosaur egg) back to their nest. While the other team members were running the children were protecting their eggs from the Young Leaders who were trying to steal them back!

Speed Bounce - how many times could you jump over the barrier in the mat? Thirty seconds might not seem like long but where you are jumping constantly - it is!!

Bench Balances - this activity required lots of concentration! The children were given different challenges to see how they could travel across the bench. Could they balance a cone and a tennis ballon their head? Could they slide like a snake with the cone and ball on their back?

Ball Coordination - this activity required the children to work together as one big team and pass the ball from one side to the other without dropping it. They also had over and under races to see which side could get it for front to back quickest! Hand eye coordination was the most important here!

Bean Bag Throw - for this activity the children needed a good aim! Hoops were set out and the further away the hoop, the more points it brought! Every bean bag that landed in a hoop earned points!

Balance Beam Coordination - this was probably the most difficult challenge for the children as it required balance, movement and speed! The children had a small bar to balance on. The make things harder, they had a circle of cones around them - which they had to pick up as quickly as they could, while remaining balanced on the bar!

Out of the six activities, three were timed and recorded - adding a competitive edge for the children. We were very proud to bring home two medals:

Jack Teare did the most jumps in the Speed Bounce, breaking the 40 mark and Alfie Ashton managed to collect all the cones, while remaining balanced on the bar in 8 seconds! He was like lightening!

A huge well done to all of the Year 2 children who took part - everyone had an enjoyable afternoon.

On Wednesday 16th January, the entire KS2 cohort made their way to Easingwold Secondary School to participate in the annual cluster cross country event.

We are so proud of all of our children for racing as well as they did and giving it their all - even in the harsh January weather. We are even prouder to announce a plethora of certificates that were won by our determined runners across KS2:

What a tremendous effort made by everyone taking part. 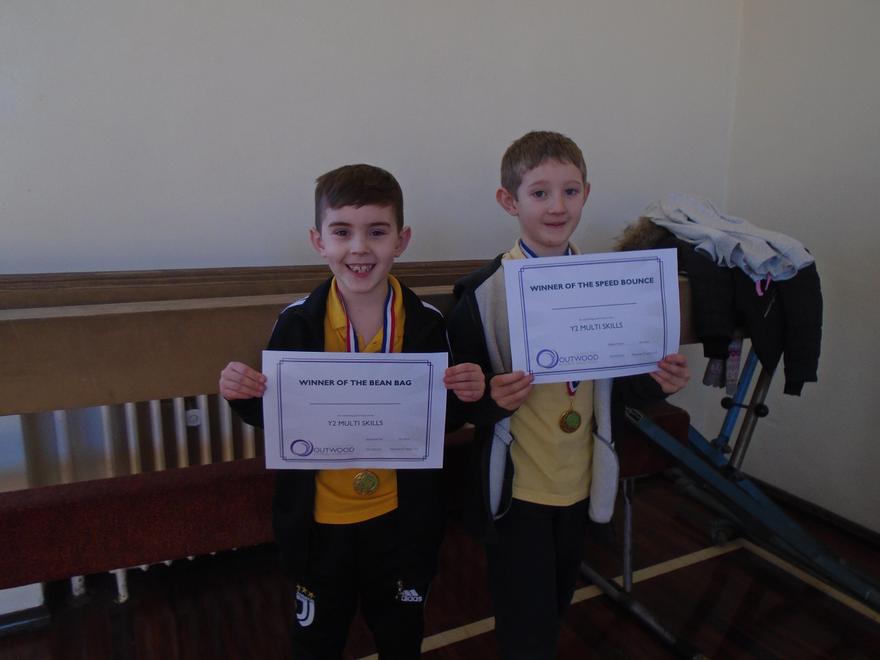 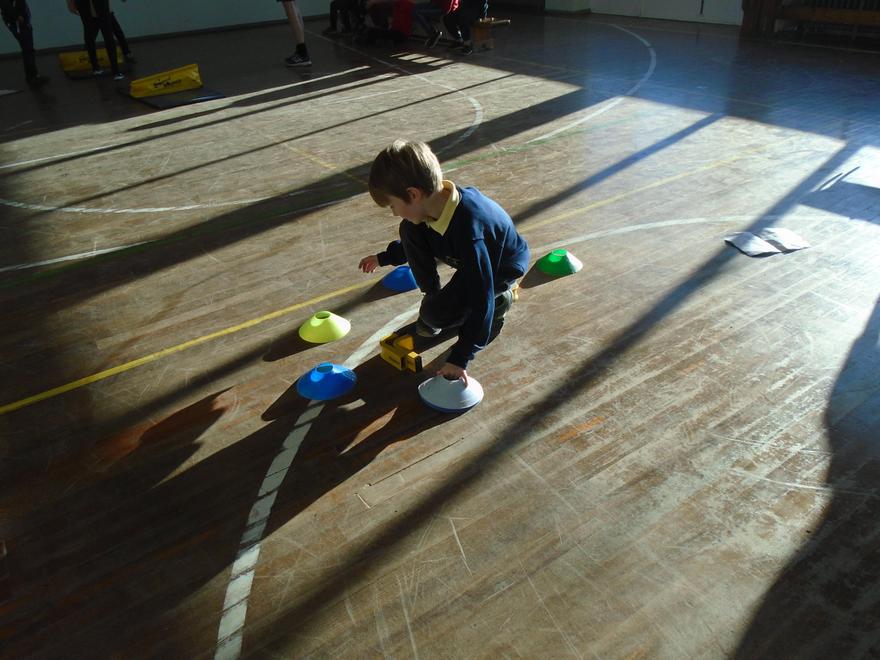 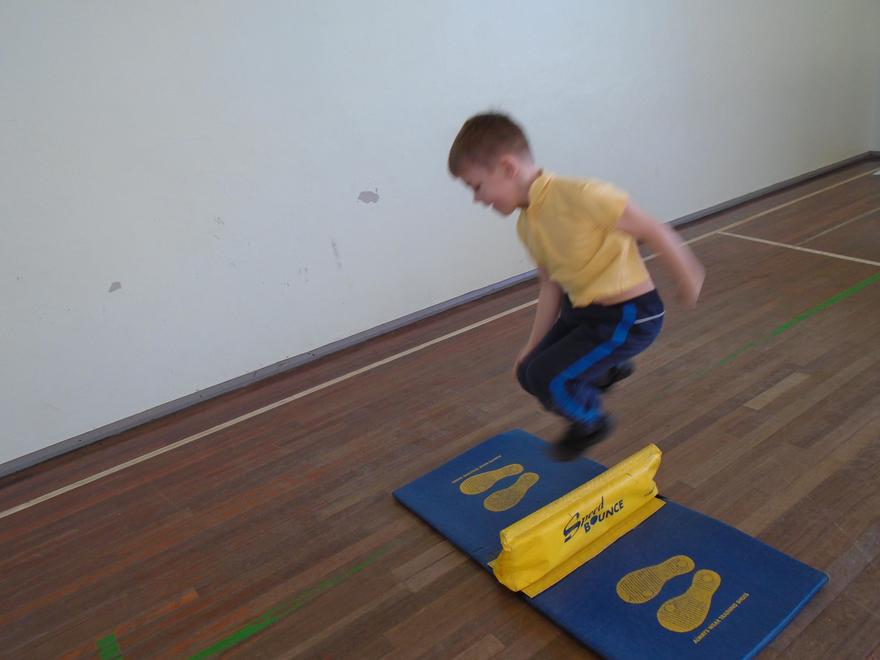 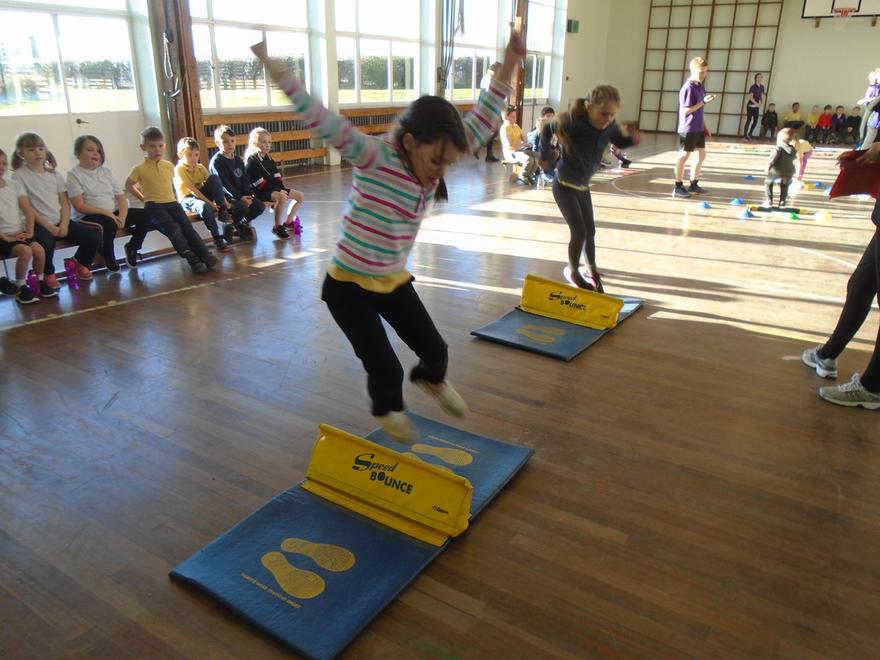 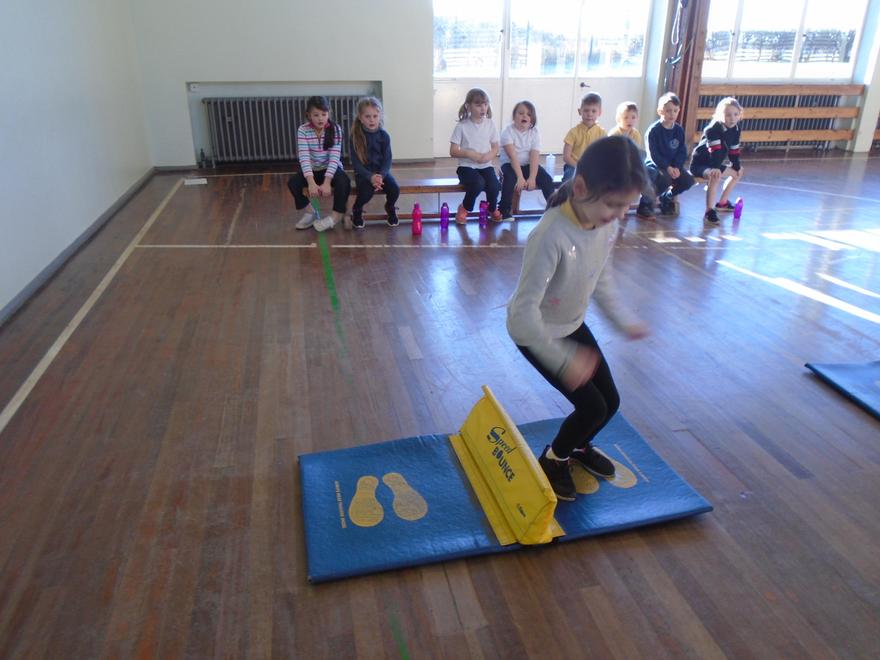 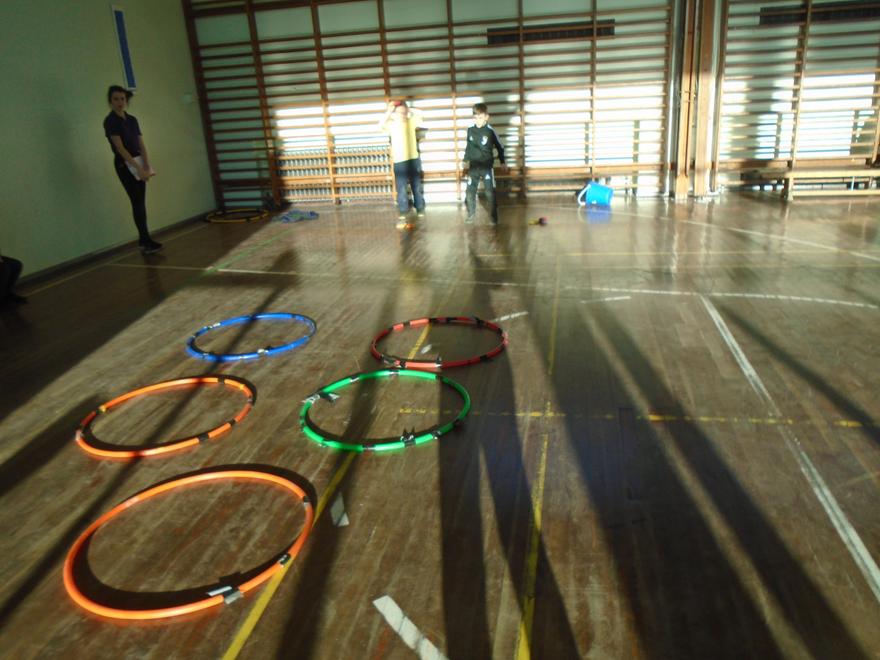 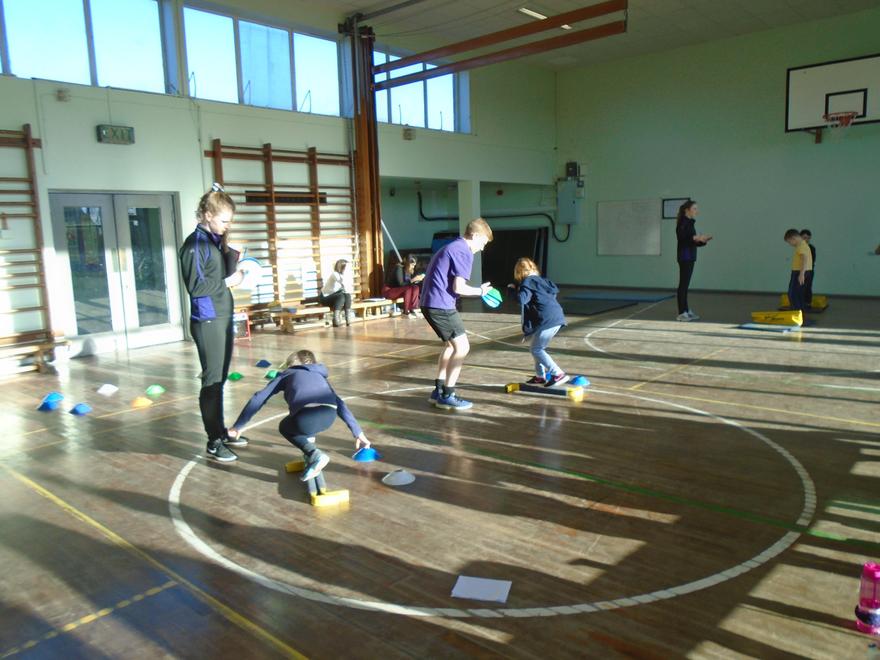 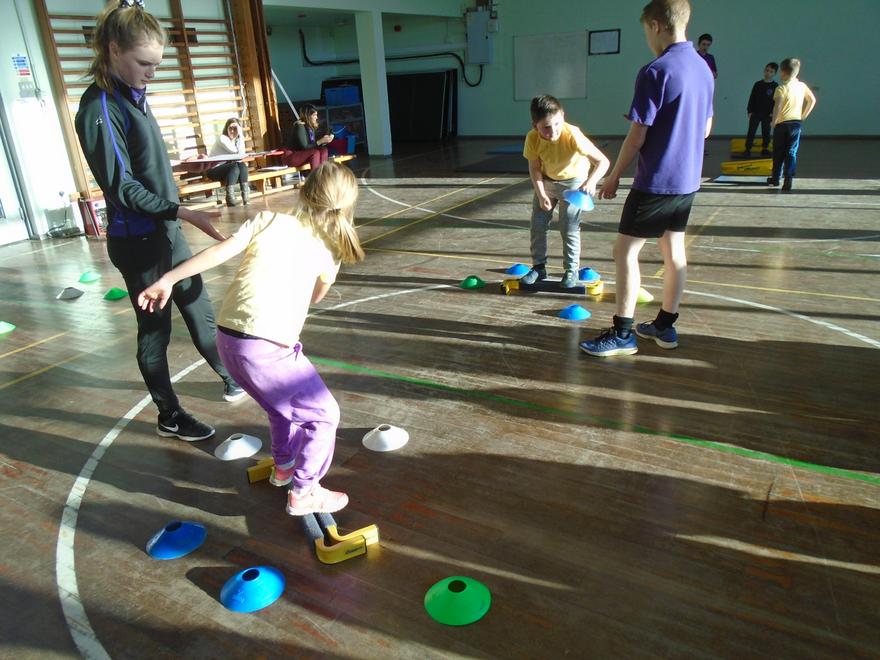 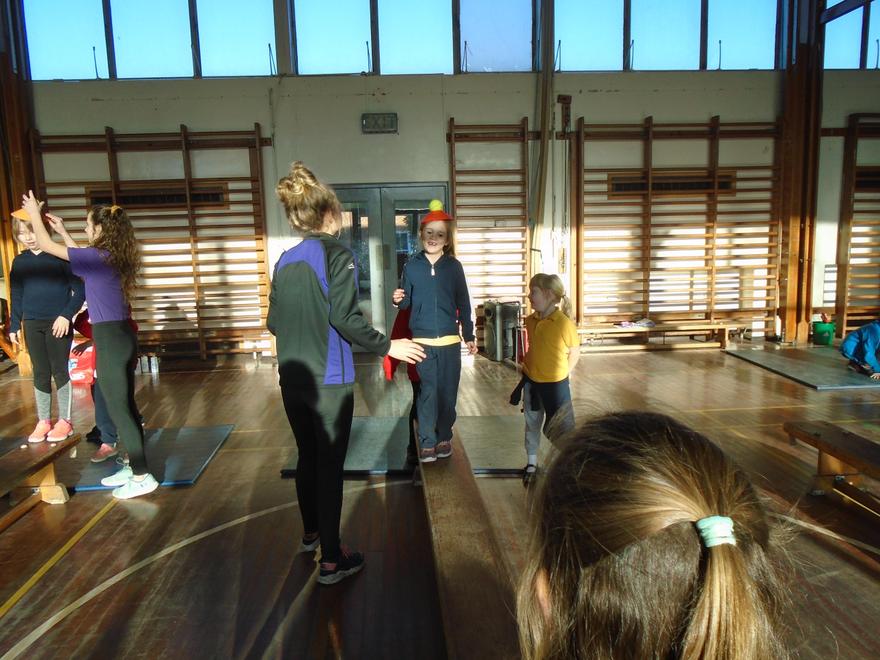 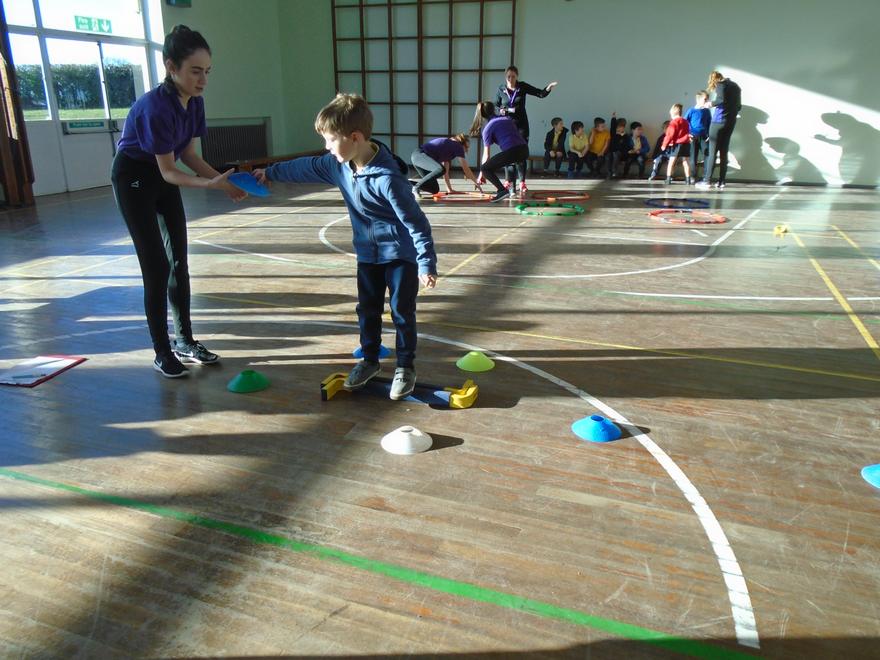 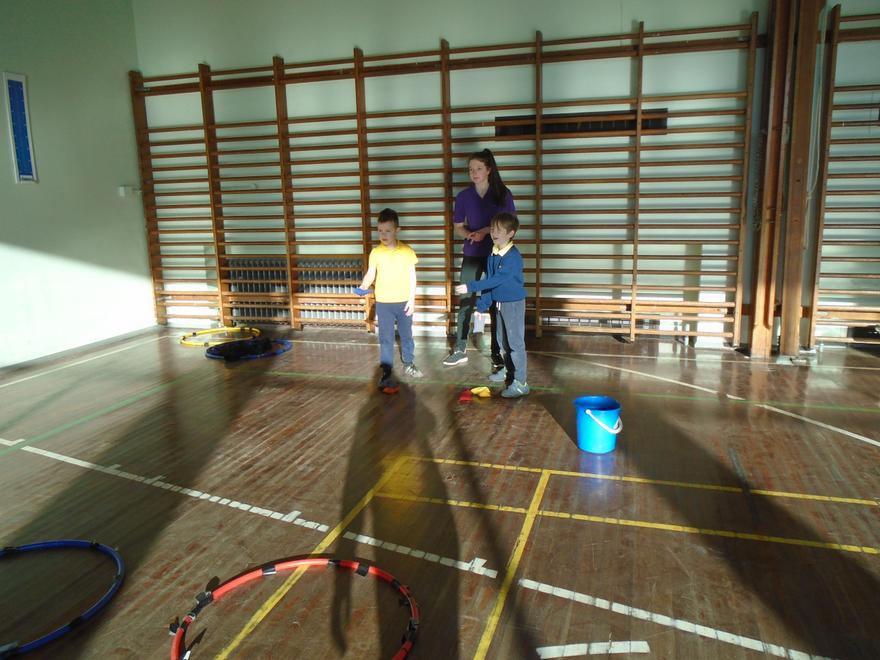 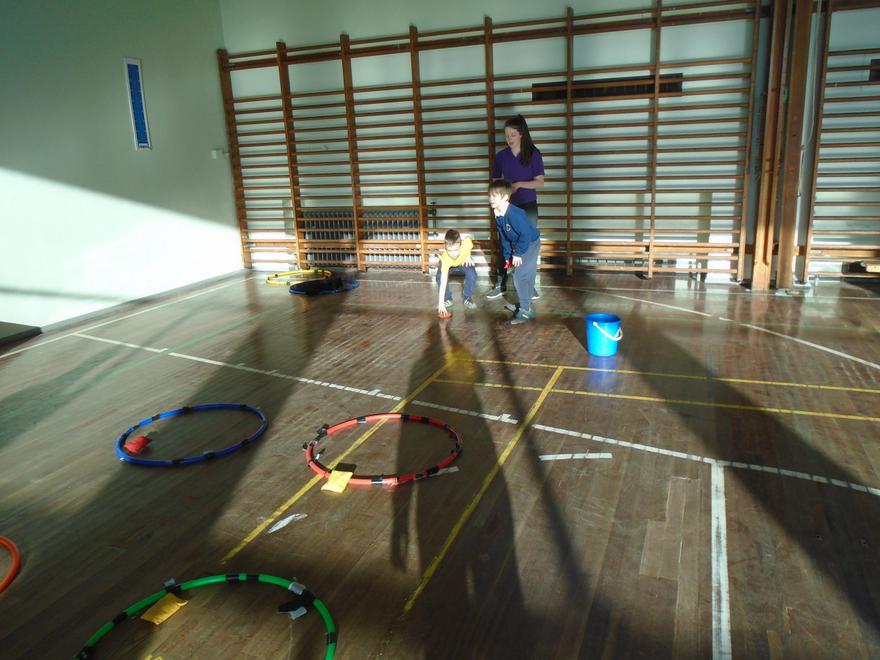 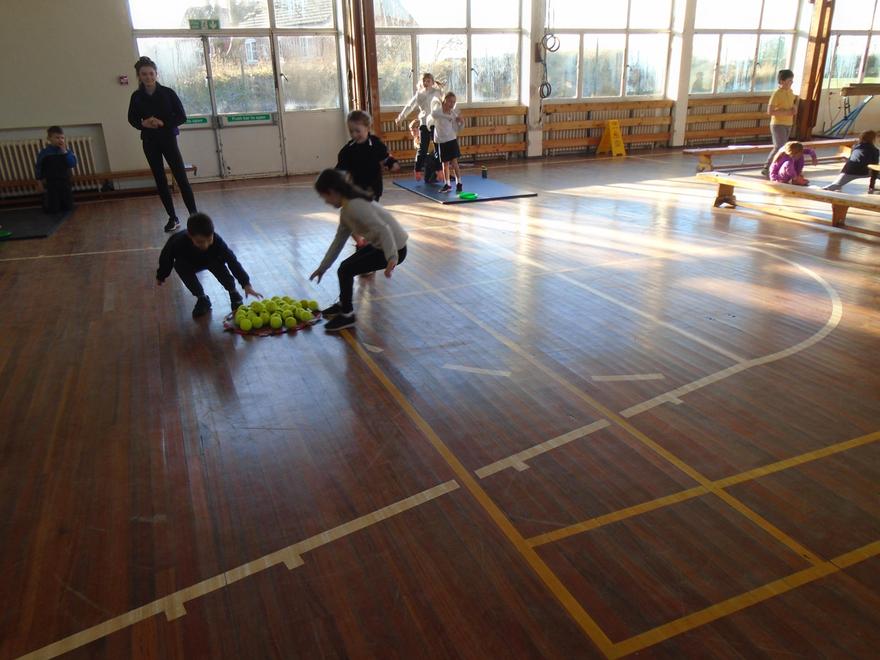 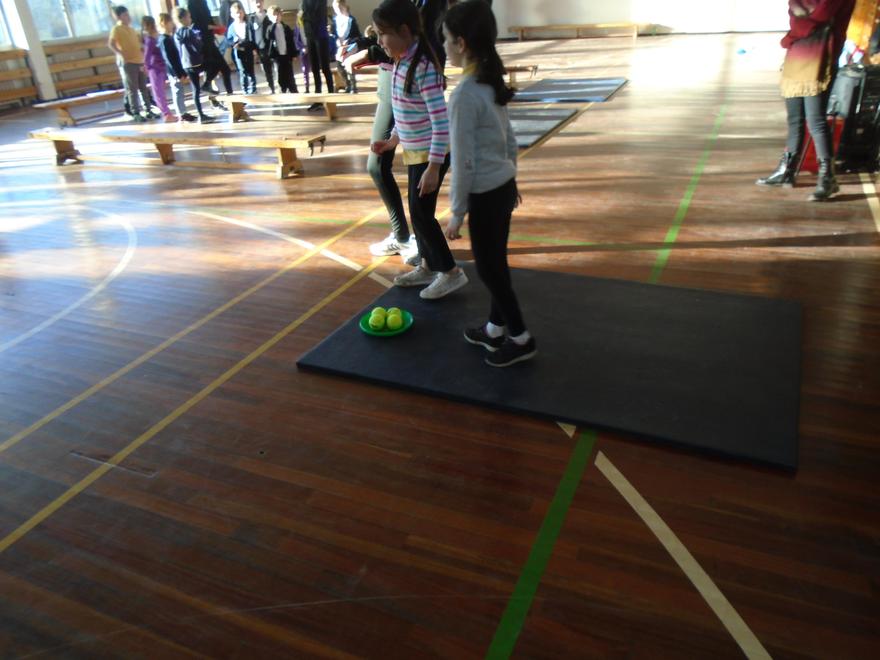 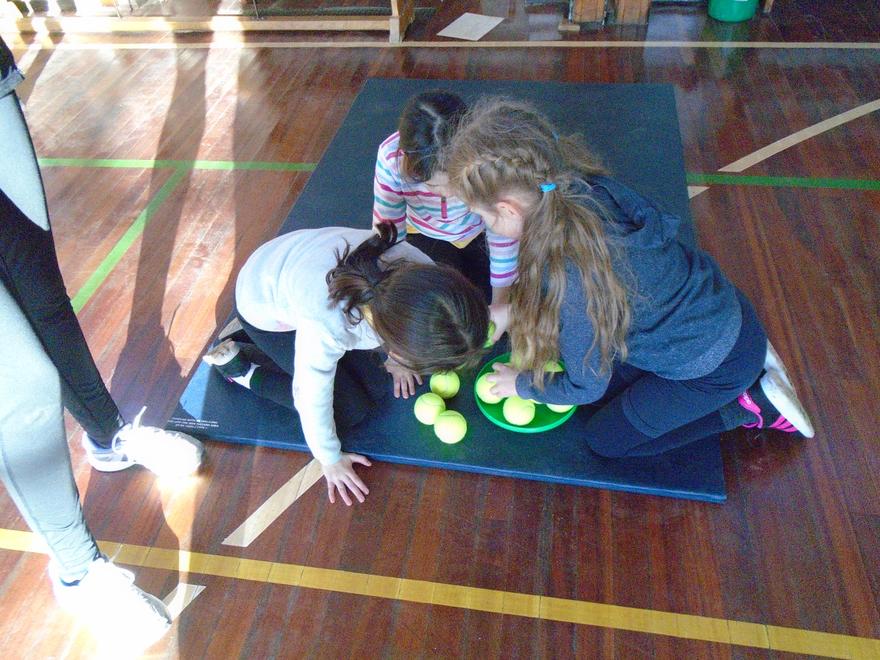 This week, a number of children from Year 5/6 were invited to take part in a whole host of athletics events to represent Easingwold Primary School in the cluster. They gave everything they had in both track and field events and were very encouraging to their team mates. With a mammoth 350 points (42 more than 2nd place team) we stormed the competition and earned our place in the next round at Northallerton after Christmas.

The school football team were presented with the runners up medal in this weeks assembly. The team, coached by Miss Potter, have played a fantastic season, narrowly missing out on overall victory by one goal difference. Although the team were disappointed, we could not be more proud of them! Well done!

A special mention goes to the top goal scorer for our team who received his own medal to commemorate this. 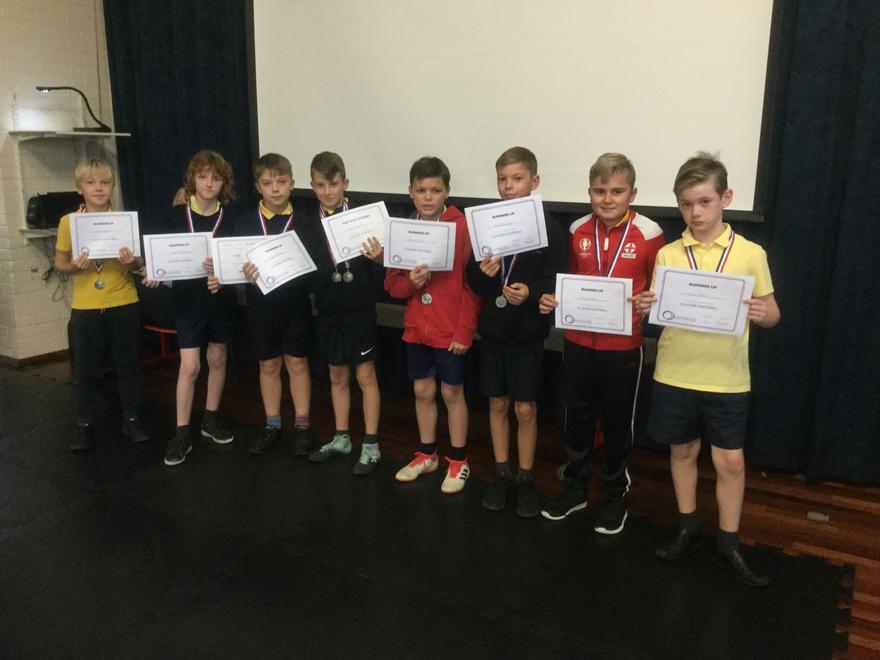 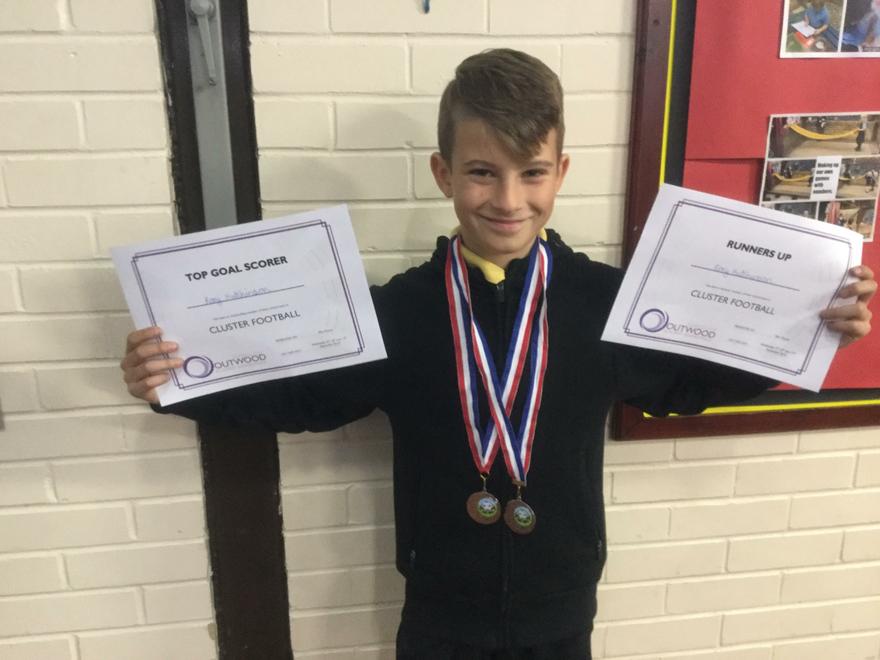 In the final netball cluster event, the netball team played 3 fast paced and skilled games. This has lead to the accolade of WINNERS in the Outwood Cluster Netball Tournament 2018 and we could not be more proud for the team. The fantastic young ladies, coached by Mrs Bramma, received their medals and certificates in assembly this week.

A special mention and a big well done to our top goal scorer, who was presented with a medal in this season's netball finale to commemorate this. 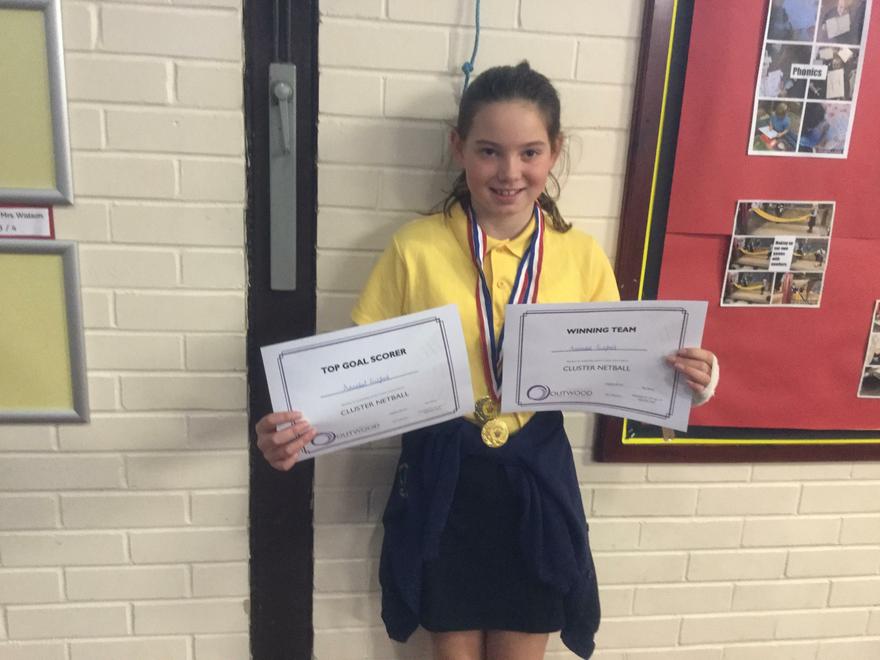 Yet again, the netball team played extremely well, securing a place in the final event on 17th October. 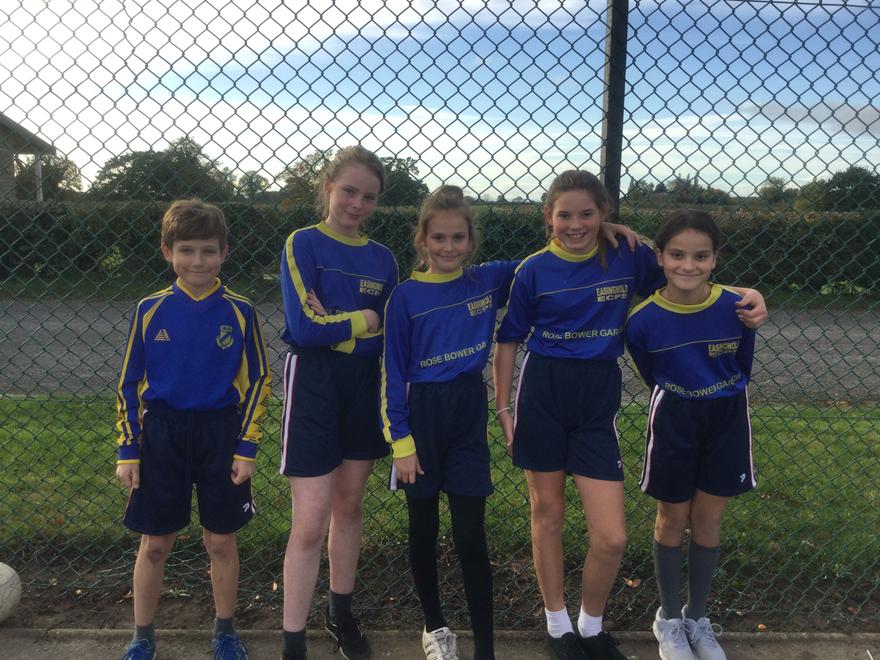 Once again, the boys rose to victory again in all the matches they played, including a tricky win against Huby who played a very good game. Communication and skill played a key part in their success and they made their coach exceptionally proud.

Well done boys - you have made the school proud!

Our netball team played amazingly at the most recent cluster netball event at Outwood Academy Easingwold. With a total of 3 matches, the team's defence and interception were fantastic and this led to a victory in all three matches.

Well done team - keep it up for our next round! 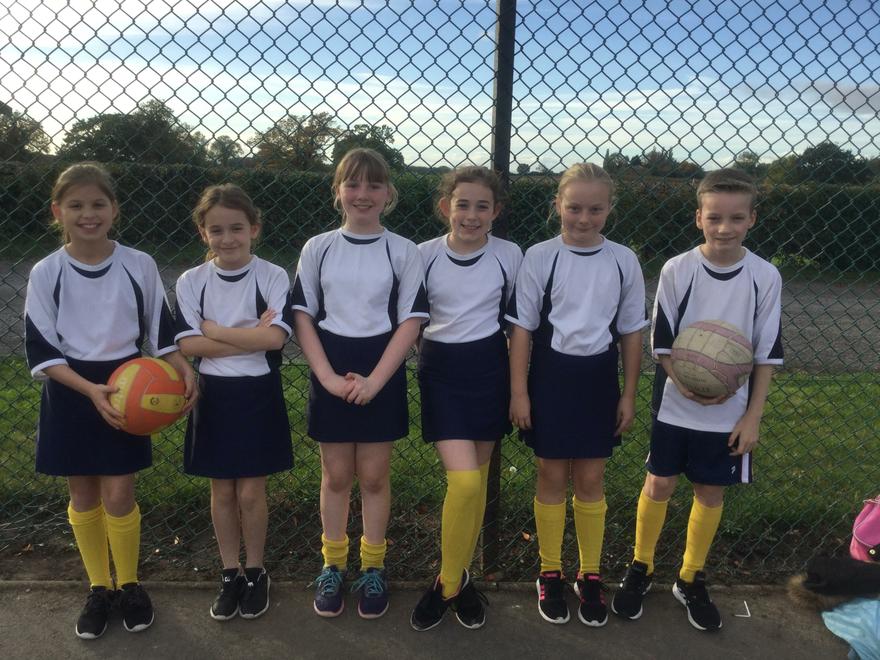 The whole team gave their all in the match and worked hard as a team to secure their victories. Well done. 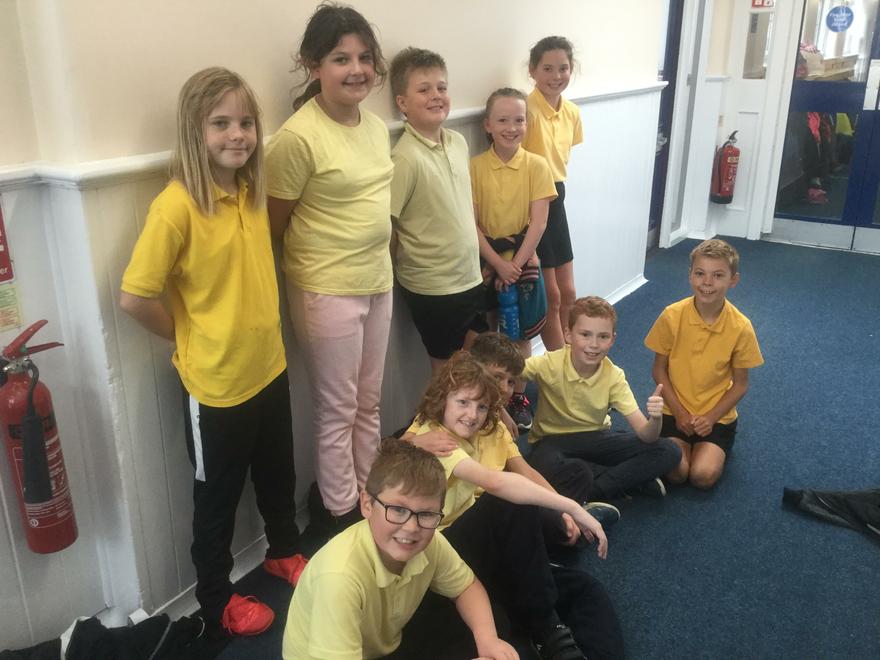 A huge well done to our super tag rugby team who played on Wednesday 26th September at Outwood Academy Easingwold. Although we were unlucky this time, all children made a valiant effort and played with determination. The team were very sporting and were very gracious in their defeat. Well done team!